By Idsworth on 21st August 2017 in Uncategorised

On a humid and thundery day a group of twenty were guided through some of the picturesque countryside that surrounds the church. Led by two local farmers the walk started on Heberden’s Farm making its way through fields to a superb vantage point overlooking St Hubert’s where it was easy to appreciate its historic context. Farming systems and diversification featured in discussion before the group ventured further to look at chalk grassland on Idsworth Down where the first Common Spotted orchid were emerging into bloom. At a high point overlooking the valley the group were given an overview of the conservation management being undertaken by the farmers and were able to see much of it with a bird’s eye view. After a steep descent the walk entered Old Idsworth Farm where a number of new woodland blocks were visited before the group arrived at the farm’s ancient semi-natural woodland where traditional coppice management is still practiced.

Coppice products and charcoal making were on display. After refreshments there was a brief presentation on the work being undertaken to maintain St Hubert’s before the group returned to the start point for departure home.

Very positive feedback was received from the participants and further walks will be planned. 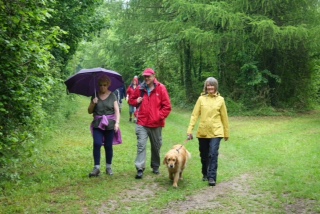 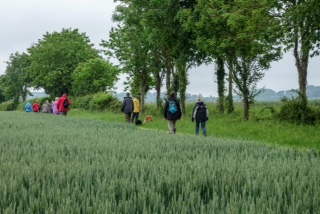 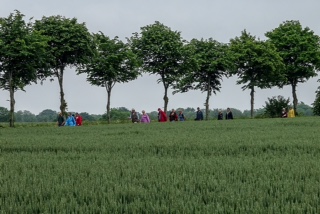 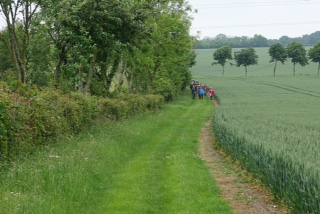 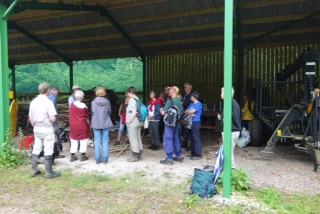 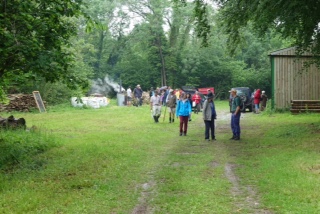 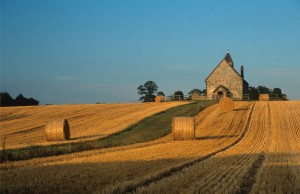 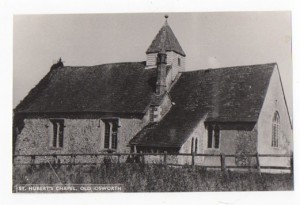